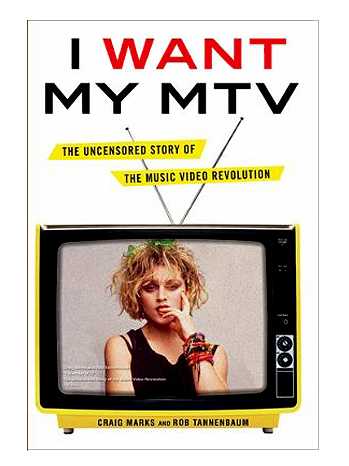 I finished the book I Want My Mtv, the oral history of MTV during its original golden age. Its target audience is obviously the people who lived and breathed the channel as it became a cultural phenomenon during the 80s and early 90s, but I still enjoyed the book as somebody who completely missed the boat on the era the book covers.

I definitely am not a Gen-Xer, and took even longer than a lot of my peers to become aware of pop culture.  I was 10 when the grunge wave hit, but even then the first time I actively remember hearing Smells Like Teen Spirit was actually hearing the Weird Al parody at a friend’s house.  However, the book is packed full of the stories behind the pop culture touchstones that I absorbed via osmosis or experienced well past their day, either first hand or via innumerable references  by people I know and in other media I’ve seen.

Either way I found almost all the stories about the start of the network and its evolution to be pretty great, especially given the conflicting perspectives of the people who were involved and what their version of events were compared to the generally agreed upon version of the story line.

The most interesting takeaway from it for me was remembering a time when recorded pop music was really the central focus of youth culture and culture at large. I’m not sure if things are better or worse now since that has very much changed, but after reading the book it’s interesting how clear it was even back then that music programming and music videos were not a sustainable main programming choice for a tv network that wanted to stay in business. That’s well before the bottom fell out from underneath the music industry over the last 10 years.

The other thing that stuck out to me about a lot of the quotes in the book is how thin-skinned so many people were about how much credit they got, how much airplay they were getting, or how they were portrayed by things like “Beavis and Butthead.”

As an aside, I wish it weren’t such a nightmare to get all the rights for the clips of Beavis and Butthead commenting on videos, I would pay a decent amount of money to see all of those again, the show itself in retrospect was very hit or miss, aside from the feature film which is a work of genius.  (I say that without irony, it’s one of my favorite movies)

Speaking as a non expert on the era, it seems to cover almost every important aspect of the MTV mega run, so it is worth a read, especially if you were somebody who was a teenager in the 80s. And probably like any oral history, the conflicting stories and memories are yet more examples that make me glad I’ve heard the Radiolab episode on memory, which is probably one of the most interesting and useful ways you can ever spend an hour.

Also, one last thing about the book I loved: it taught me that a key producer of many MTV programs over the years was named Joe Davola, and yes the bit character on Seinfeld was named after him.