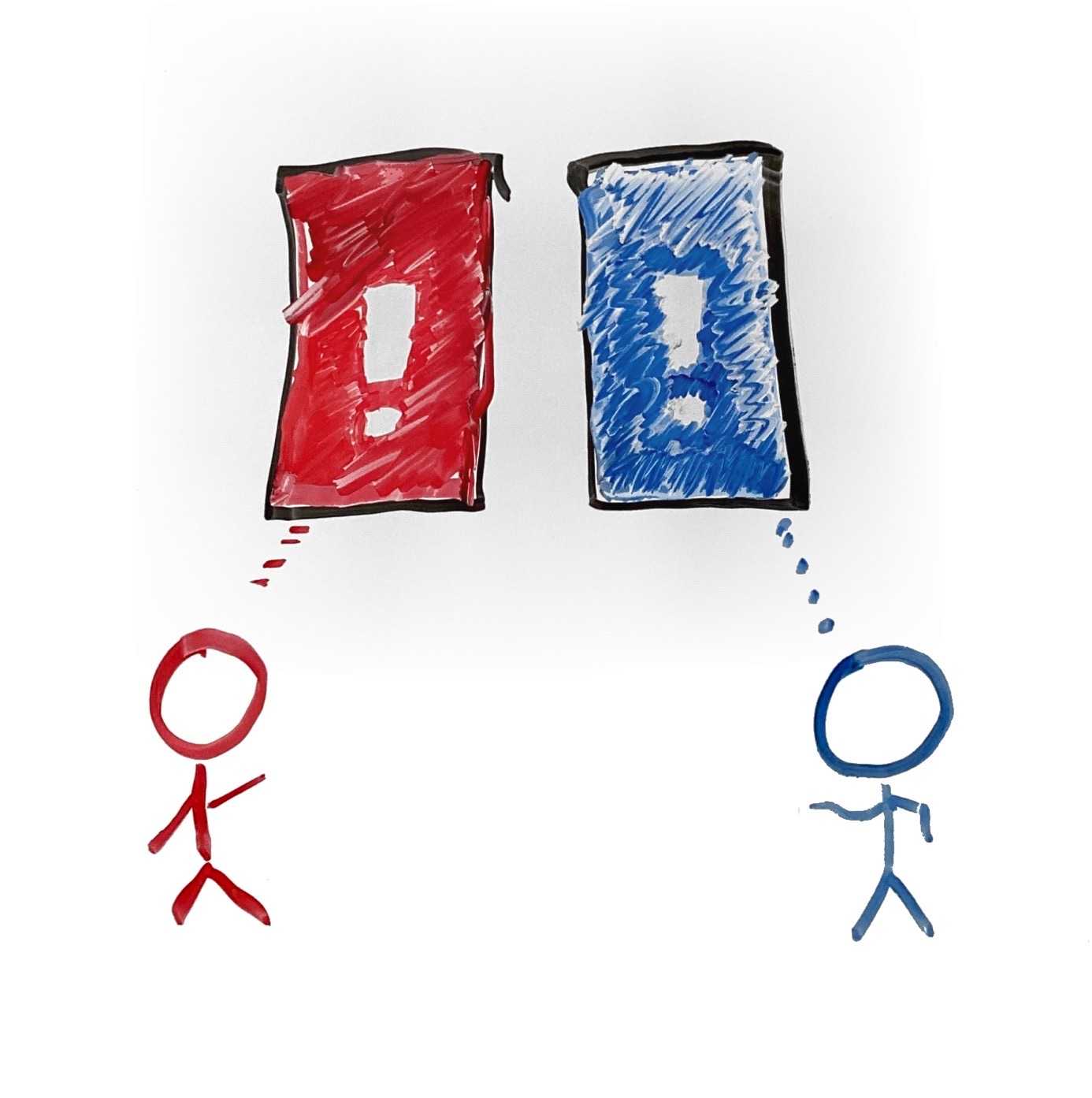 My default reaction when politics comes up in conversation is to be uncomfortable. Even if the person I'm talking to agrees with me, it doesn’t change my reaction much. I'm only at ease with the few people I regularly talk to about politics that mostly come with a curious and open mind. This doesn’t make for a lot of pleasant back and forth in any election year, much less this one.

I’m still working on understanding why I react this way. It’s part of everyone’s responsibility in a system like ours to engage each other. It's the only way to make the best choice on who runs the government on our behalf. I think the main reason I hesitate is that the topics that dominate political conversation seem so surface level. They're more reactive slogans or memes than well thought out positions driven by clear principles.

The outcomes of most political discussions seem to be:

I don’t have much interest in either of those. What I want is to get to the heart of what the person I’m talking to is for that informs their opinions on the issues of the day.

But, that’s a conversation with mutual give and take that typically needs long stretches of time and a willingness to engage. Even if the other person is open to it and free to spend the time, it takes a lot of emotional and intellectual effort. So, nine times out of ten I change the subject or keep my mouth shut. Which also doesn’t make me feel great.

Last year, someone I follow for tech analysis introduced me to a concept that can help short circuit some of those problems: a principle stack2.

A principle stack means getting clear on what your principles are as the first step. But, what happens when those principles inevitably come into conflict? Which one do you choose over the other? If you were to do this for everything you stand for, you would have a single top to bottom prioritized “stack”.

It’s probably the computer scientist in me, but I find myself thinking about almost everything in this frame now. 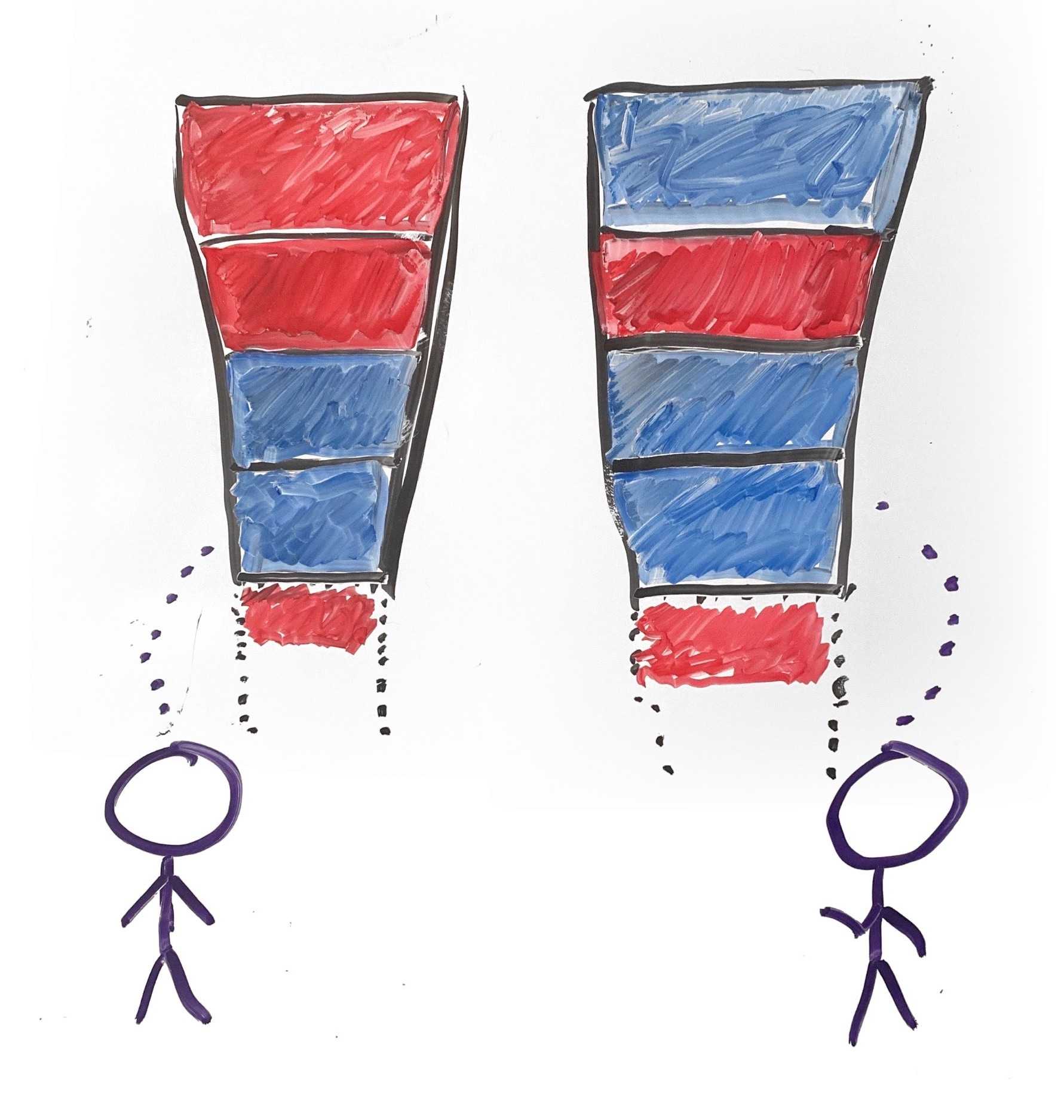 Sorted into a "side"

I've been working on clarifying my own stack focused on what drives my position on the issues of the day. It's not easy to wrestle with that instead of just surfing the tide of being reactive and angry.

I believe the vast majority of people in America share most of the same principles. But, small differences in how we prioritize them can seem irreconcilable. Instead of doing the work to try to understand and empathize with each other, it's easier to question people's motivations. This helps build a self reinforcing set of grievances. Or worse, cynicism about our system in general. There are people in this world with bad motivations, but far fewer than many people seem to believe.

Now, we're increasingly sorting ourselves into two "sides" where what we're against seems to be the main motivator over what we're for. More and more people seem to be giving up on engaging and treating each conflict as a blood feud instead of an argument between siblings. It's dangerous territory for our collective common good as Americans and human beings as a whole. Not everything is a zero sum game where for one person to win someone else has to lose. If everything gets treated as one, we all will end up worse off in the long run.

One thing I'm trying to get better at is making an effort to see if there's a chance for dialogue vs. avoiding discomfort. I am a huge believer in the “Five whys” method of root cause analysis in my work life. But, it’s useful in conversation too. You only have to “ask why3" twice vs. five times in most conversations to get to the root of what seems irreconcilable. It's much easier to have a productive conversation if you figure out you 80% agree in principle. Even if it's closer to 20% or 0%, then at least it's clear that it's not worth the effort and you can save the energy for when it is. I think a “supermajority” of Americans are closer to 80% agreement on most things. But, grievances are piling up all the time. All the while, the incentives to exploit differences for political and financial gain keep getting reinforced.

We have serious problems to work out amongst ourselves, no matter what the results of this upcoming election are. It seems likely to get worse before we can successfully make it better. I hope not. We're on the brink of an accelerating increase in widespread suffering. Our odds of preventing that get much smaller if we can’t find more common ground to stand on.

I hope that more people can use ideas like the principle stack as a shortcut to get to the root of issues rather than sticking to the surface level. I'm going to try. If we engage with what the real differences in principle are, we stand a much better chance at a workable path forward.

Right near the top of my stack is the principle of working in good faith within the imperfect system we have. Trying to make it better for all of us over tearing it down or finding further ways to undermine it to get what I want.

Because of that, I’m happily pulling the lever for Joe Biden ahead of November 3rd. I don’t think one leadership change at the top will solve all of our problems. Far from it. But, I’ve concluded based on his actions that Biden will try to strengthen the system to help us work out our differences in a way that our current president has demonstrated he will not.

If you think that's crazy, we're probably not prioritizing the same things. Still, I’m guessing there’s a good chance we probably have more principles in common than we don’t. If the situation is right, I'd be curious to have a conversation about how our principle stacks are different and why.

While I breathe, I hope.